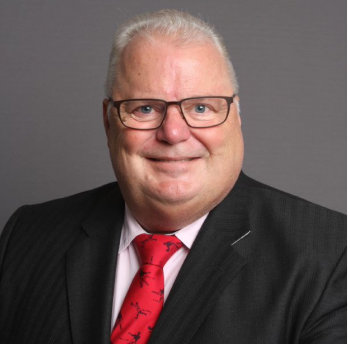 Local authorities in the UK are as diverse as the communities they serve. From unitaries to counties, cities to rural districts, each has their own unique take on structure, political leadership and culture.

Yet, essentially, every local authority in the UK does the same thing. Local government exists for a common purpose: to serve their communities by implementing acts of Parliament with a local perspective.

At IEG4, our goal is to help local authorities enable digital services by supporting them on their digital transformation journey. We have been doing this for over 10 years, and it’s the basis of our name – Implementing Electronic Government – the original statements of intent that councils made to access extra money under the former Office of the Deputy Prime Minister’s Local eGovernment Programme in the first decade of this century.

That first five-year programme turned into a never-ending journey, as all those involved recognised that, in a world of rapid technological change, digitising public services will never be finished. Transformation has turned out to be a journey, not a destination.

Whilst some councils have picked up the digital gauntlet and have led the charge, there are still some that have yet to really get off the starting blocks. And that is understandable - the options are bewildering, the cost of getting it wrong high, and the legacy infrastructure that must be dealt with all make it difficult for councils to be sure that they are making the right choices.

However, one element of the journey that has remained constant, throughout the years is online forms. Every local authority has forms on their website.

But, a product of their time, many early eforms projects were merely online versions of paper forms that lacked integration with back office systems. Most early attempts produced a PDF for council officers to rekey into back office systems – a costly exercise, and one prone to error.

Nonetheless, the potential of e-forms was recognised, and, at around the same time as the IEG statements were being produced, several national programme projects were looking at national standards for data exchange.

One, the Local eGovernment National Benefits Programme (NBP), survived to create a data exchange schema that enabled frontline forms suppliers to work with back office benefits suppliers in a more or less seamless manner. In turn, this made it possible to integrate the information supplied by the citizen online directly into back office benefits systems to support decision-making by council officers.

This schema is a great example of collaboration across both commercial and public sectors. Indeed, the schema exists – and still works – today, and IEG4 is proud to be its custodian/guardian. And in the spirit of its creation we are still working with all relevant suppliers to promote its uptake and enhancement.

Having such a schema enables solutions to be integrated, repeated and shared to the benefit of all. Common cores can also bring down costs and facilitate self-sufficiency - both key factors if the public sector is to make best use of digital technologies. At IEG4, we believe that building repeatable solutions that can be integrated with the back office and shared between councils is the right way to approach product development.

Enabling our customers to maintain and develop their services themselves using our technology is also a key goal. We have no interest in charging local authorities for services to repackage and rebuild forms every time a council telephone number changes or someone wants to reword a question. So we enable councils to do it themselves.

Working to these principles, our eGovHub framework provides DIY content management for electronic forms. Councils can change all the text on the forms themselves, reword questions, measure and increase the speed of citizen self-serve completion, redesign and redeploy in minutes.

The framework also includes the all-important mobile responsiveness that enables citizens to complete forms on their phones. This is crucial in the light of Ofcom’s indications that two-thirds of UK adults are now going online via their mobile phones.

In addition, with our eDesigner online service builder, councils can style, reword questions and even build their own forms - without the need to code. But the best bit of all is that these forms can all be shared with other councils using eDesigner - at IEG4 we have taken on board the SOCITM mantra of 'simplify, standardise and share'.

Building integrated benefits forms, especially integrated changes forms, is tricky, but at IEG4 we ‘do’ tricky; we now have over 50 websites using our benefits new claim form, from South Hams to Birmingham, West Lothian and the London Borough of Greenwich, spanning the UK geographically and in terms of council size

Working on the replicability and ‘in common’ principles, IEG4 now has a library of over 100 forms that councils can use and share – effectively ‘council forms in a box’, something of a shared service in line with aspirations for Local Government as a Platform, #LGaaP.

In this way, by focusing on the common core and simplifying, standardising and sharing, we believe we can help all the individual local authorities to take advantage of what is already out there, and remove duplication and the need to re-invent.